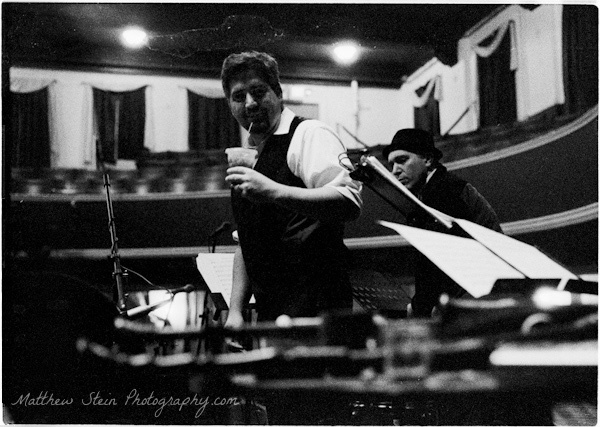 Clouds don't belong in indoor pictures. This was taken on stage just before Newpoli played their Christmas concert in 2012. Unless someone painted clouds on the ceiling above the mezzanine, something else must be wrong. And it's probably my fault.

Clouds on the negative from not using photo-flo.

When I developed this roll of film in my basement, it was my first ever attempt. I'd say I got it 98% correct on the first go. To begin, I ordered all my chemicals, tank and reels from B&H Photo. They have a great shopping cart flow and online shopping experience, but that's another post. To process the Ilford 3200 black and white film I shot, I used the correct developer, stop, and fix. But, I skipped using Photo-Flo in the final rinse. I read that it was optional, so I opted-out. Oops. Turns out that was a mistake.

What does Photo-Flo do exactly? It has a few functions, but the simplest explanation is it helps reduce water spots on the negatives. You add it to the final rinse, when you're rinsing off the 'fix' solution from your film. Then, the film is hung to dry in a clean, dust free environment. Photo-flo helps prevent the water spots by reducing the surface tension of the water and acting as a neutral detergent. Since you don't want to try to polish the water spots off of negatives the way you would off a wine glass, photo-flo is a good choice.

If you read the reviews, you'll start to think that this stuff is like WD-40. People use this stuff for all sorts of things. They use it to clean windows, old records, even old family headstones. Seriously, headstones. That's what they said. It also helps smooth out airbrushing water-based paints. Other commenters take this to a whole new of CSI craziness. Someone, whom I can only hope is a biologist, says that "a photo-flo solution prevents decomposed parasites from 'clumping' together when the host intestine and parasites have undergone some decomposition." I think I'll stick to my fields of expertise thank you very much.

So what if you don't want to buy it, or even have to wait for it to ship? It sounds like this is pretty basic stuff, is it possible to make it at home? Some people say you can get pretty close. If you're only using it for cleaning negatives, you just want something that will help them dry quickly and without any water spots. If you're cleaning tombstones, I might not be your best resource

What's the hack recipe? Well there is some contention out there. Photo-flo contains ethylene glycol, better known as anti-freeze. The alternatives use some kind of detergent and sometimes glycerin. The problem is they recommend using such a tiny amount of detergent that it would be so diluted it wouldn't have any effect. One commenter points out that if you used enough to work, it would leave a film on the, er, film. Besides, if Kodak could just use cheap soap in a lower concentration, why wouldn't they?

I think I'll just order a batch of the real stuff and give that a shot. Once it arrives, I'll re-wash and scan these negatives. That will save the photoshop time of trying to get rid of these clouds. Otherwise, I'll just have to wait for a sunny day. 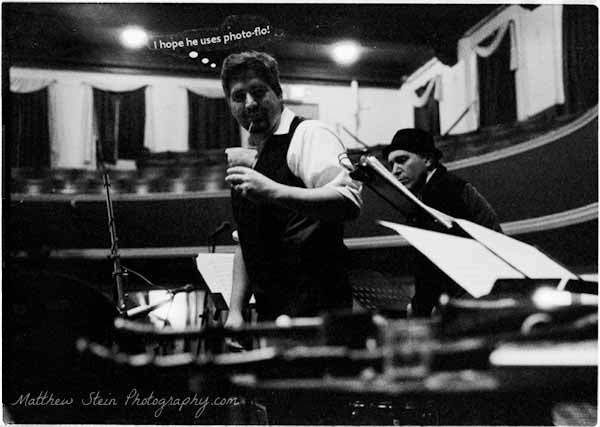