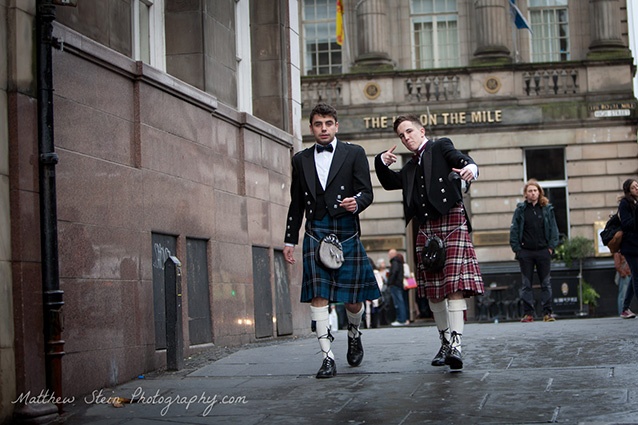 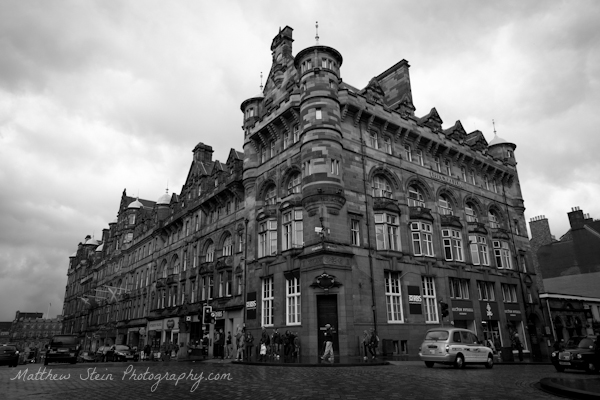 We landed in Edinburgh to grey skies and cool temps. The flight, while uneventful, did allow us a chance to sleep. We touched down just after 10 am local time.

Our checked bags didn't make the connection. After waiting and hoping for it to plop down on the conveyor belt, we resigned ourselves to reporting it lost. All we had were my cameras and Cathy's laptop bag. No jackets or sweaters.

We found a bus to the city center and stopped for lunch on the way to our rental car. The Conan Doyle, a pub named for its proximity to the birthplace of Sir Arthur the same. Cathy had lamb chops and tea. I ate gammon steak and eggs, with a glass of Talisker to wash it down. My first whisky in Scotland did not disappoint. 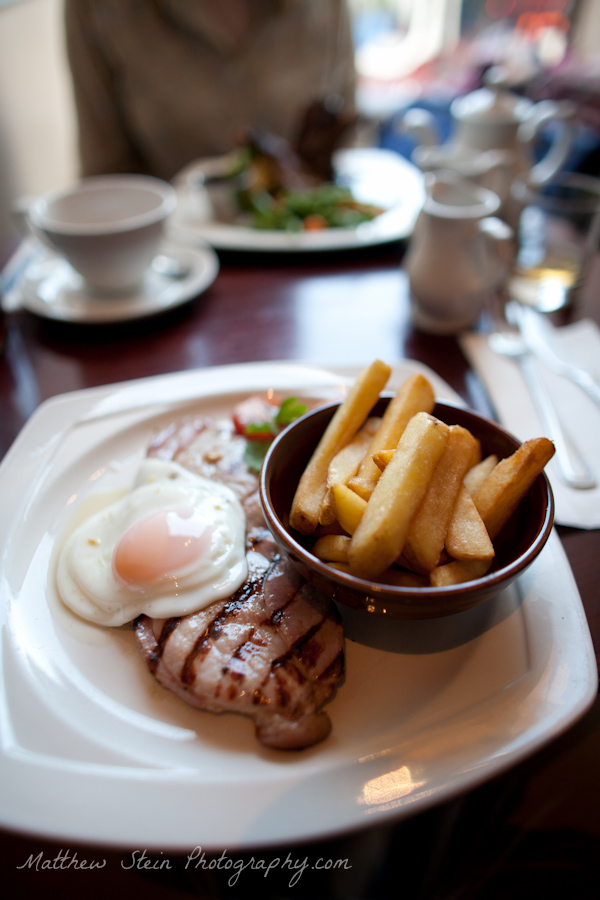 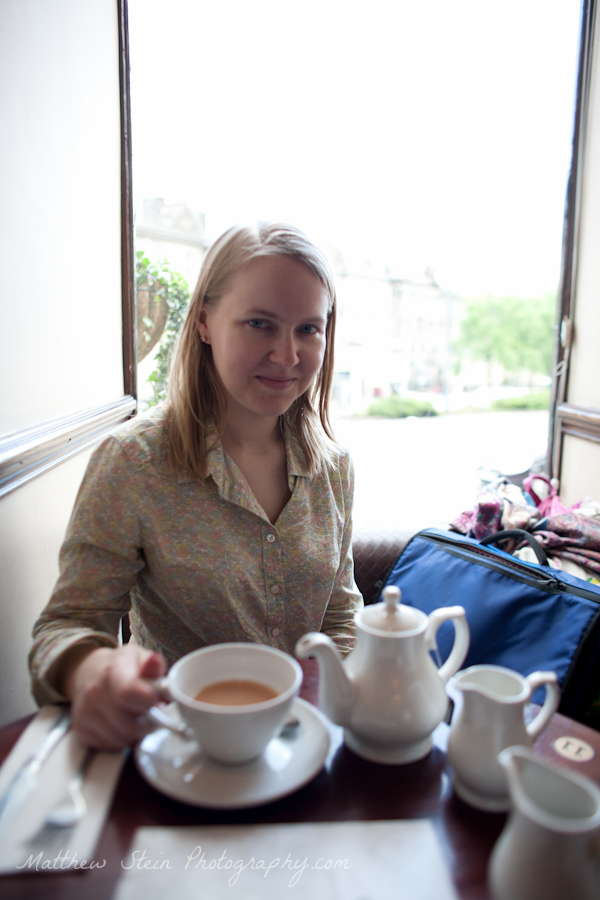 Next up we needed to pick up the car, get SIM cards for our phones, check in to the B&B and do some shopping. The thin cotton shirts we wore did little to keep of the chilly breeze. We hit Sainsbury's for warm sweaters and other essentials.

Cathy and I walked up and down the "Royal Mile" in between brief rain showers. Runners from a local marathon race walked around the city in hooded shiny blankets. The selections of kilts, plaid accessories, tweed and cashmere rival any I've seen before.

My hat now soaked, I invested in the wool deer-stalker I've wanted. Authentic Harris tweed, it did a great job keeping the rain off my head. No more icy cold drops of rain down the back of my neck. I see why those are so popular with hunters.

During the heaviest downpours, we ducked into various shops and closes. These narrow allies offered shelter for locals and tourists alike. We gathered, sharing stories and jokes while waiting for the rain to stop. 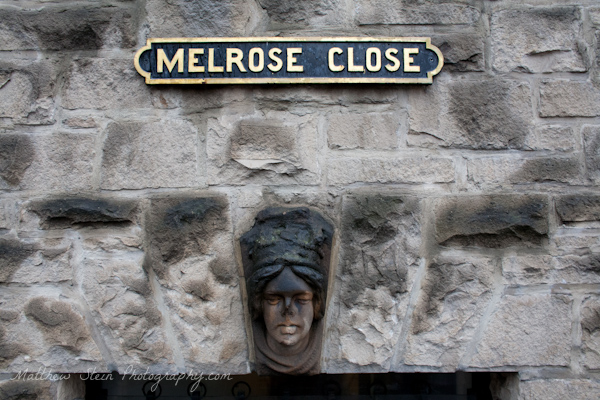 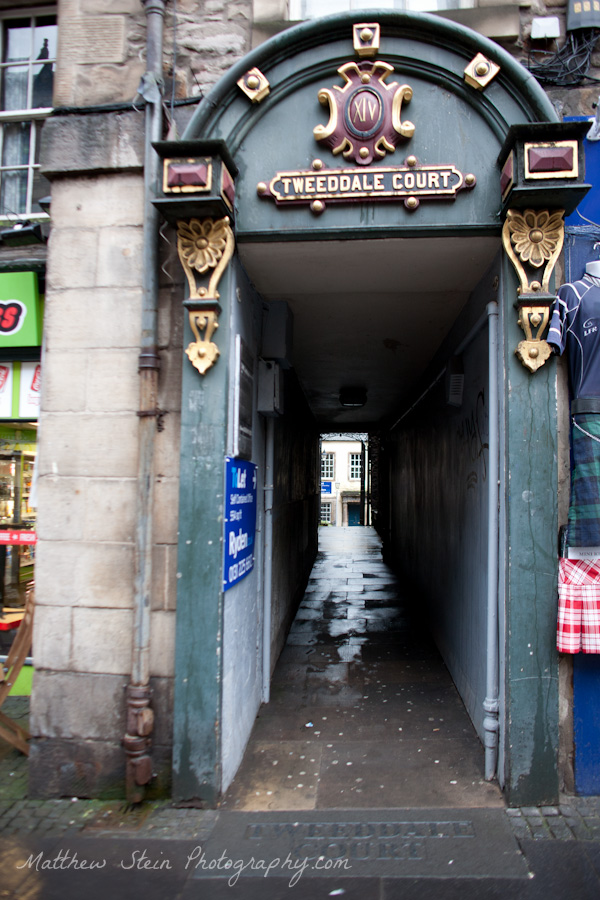 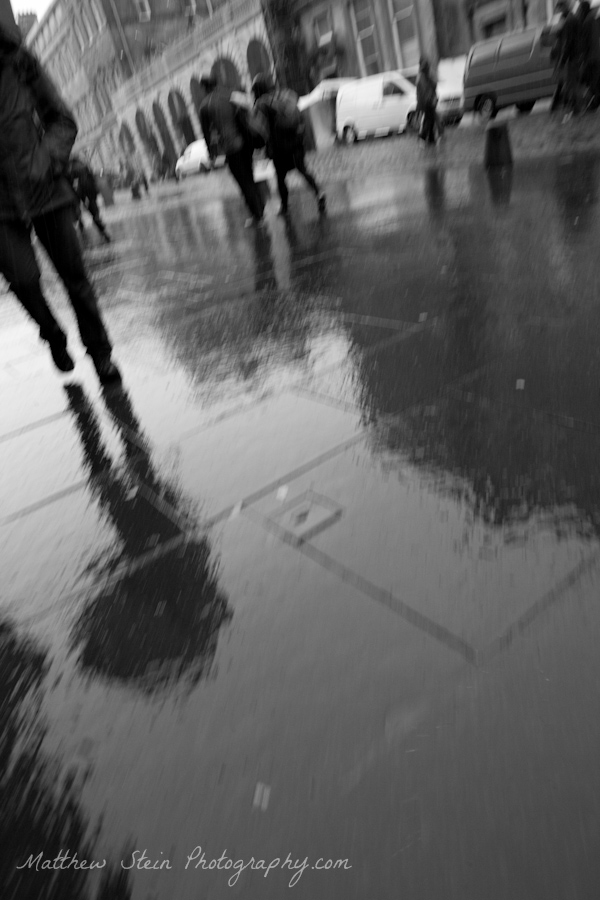 In search of a drink and wifi, we stumbled upon The Voodoo Room. A great cocktail bar with gorgeous black and gold ornate interior. As soon as we placed our drink order, the sun came out. 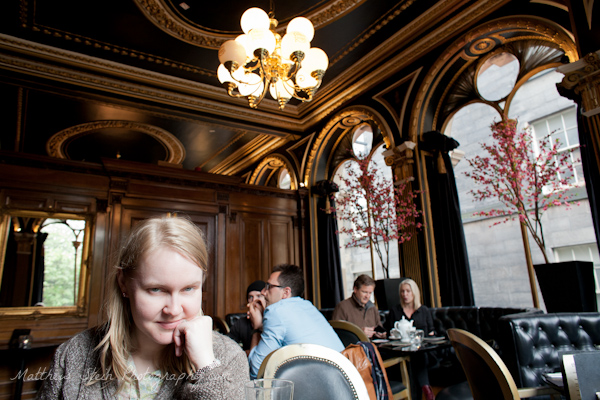 Finishing our drinks and snacks, we walked to the top of Calton Hill. That hill offered the best panoramic view possible of Edinburgh. Old stone buildings and the Parthenon-esque pillars of the unfinished National Monument stood stark grey next to the flowering yellow Broom. The misty overcast atmosphere, craggy geology and scrubby brush combined to form the reality of my previous mental vision of Scotland. Rough, green and rocky. That's Scotland. 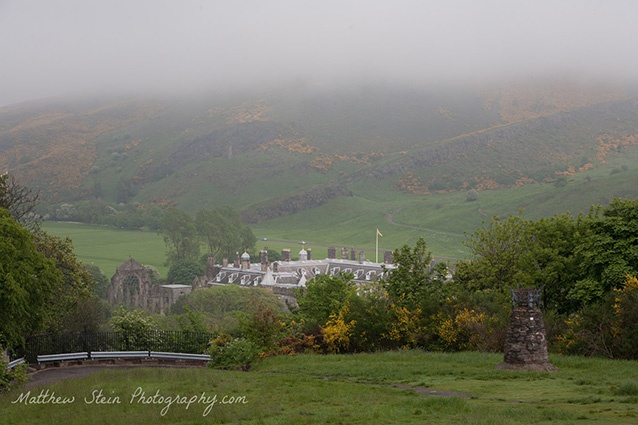 We descended the hill and made our way to High street. An Italian folk group played pizzica's on the sidewalk. 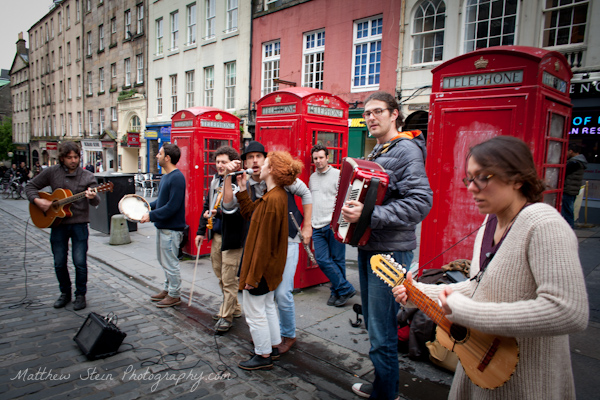 Nearby we found one of the ghost tours ready to depart. Lady Primrose, our guide, had a good sense of humor and gave a great chilling tour of the city. We walked through the largest cemetery in the city. According to records in the adjoining church, over 200,000 people were buried in a rather tight space. They buried the dead right on top of other graves.

Grave robbing was a huge problem during the Enlightenment. The University of Edinburgh paid handsomely for fresh cadavers. In hopes of preventing that, the rich installed iron grates over their tombs, or paid for a flat tombstone. That covered their entire coffin, level with the surface.

Lady Primrose told us horrible stories of the torture commonplace at the time. The Iron Maiden, the rat, thumbscrews, and the boot were all legal until 1707. If you don't know what any of those are, look them up. They make lovely bedtime reading.

After the torture and the tombstones, we worked our way down into the vaults. Deep underground, these stone rooms supported the upper city structurally. Being so deep and closed off from the rest of the city, they were perfect for all kinds of illegal activity. The two we visited once saw torture, gambling, trafficking, and distilling.

We entered through an old hearth. The curved mantelpiece still remained from when it was a secret entrance. Ducking down, we descended some newly installed wooden stairs to the vaults below. 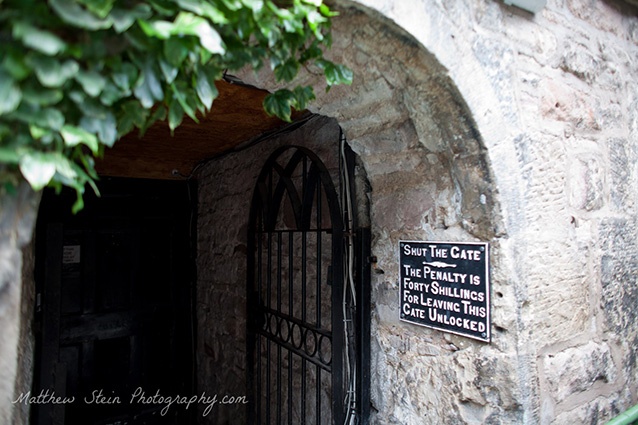 After our frights, we needed some whisky to calm our nerves. The bar we found, Whiski, offered live Scottish music every night at 10. By 9:30, dusk was just beginning.

Cathy and I each had a flight of whisky tastings. They accompanied my Haggis Tower, and her steak and ale pie. 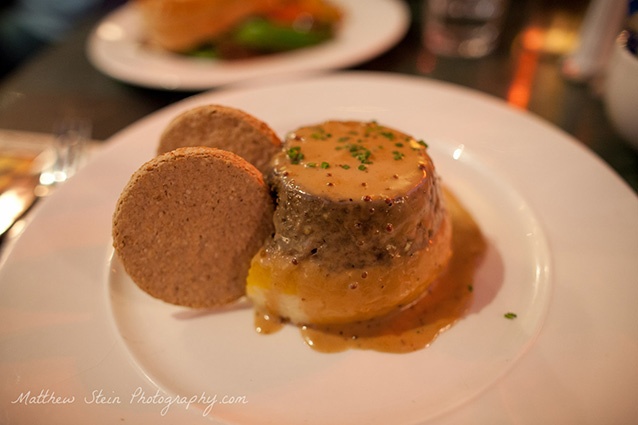 We listened to the Scottish folk music band for their first set. They had some Americana and covers mixed in there too, but they were good. We left and our tired feet carried us back nearly all the way to our B&B. We finally broke down and hailed a taxi, less than 5 minutes drive away.

End of a very long first day in Edinburgh. 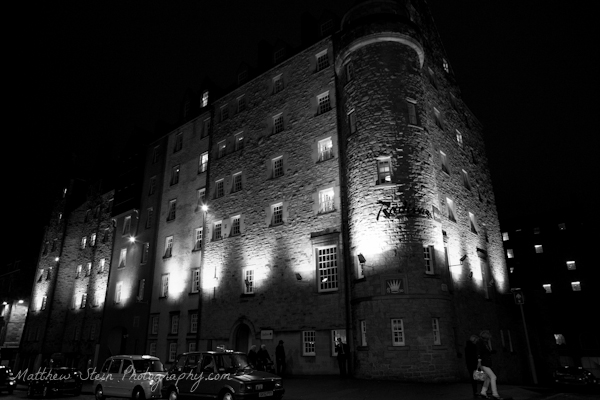