Very early, as the sun streamed in the crack of our window shade. Both of us rolled back over and slept until a quarter of 8.

Their wireless was broken. I took the liberty of unplugging it and plugging it back in. Worked like a charm.

Our bags finally arrived, so we drove back to the airport. At this point Cathy could nearly restrain her gasps and other sound effects at my driving. Our not-so-little Citron DS5 diesel moved nicely through turns, but my instincts were all backwards. Cathy comforted herself by reminded me "Keep to the left", and "wiiiiiiiiiide rights."

Driving on the left is an adventure. If you've never tried, here's how it went for me: First, it's a lot cheaper to rent a manual car. I've got stick-shift covered. All set. Now it's on my left side. OK, no problem. Where's reverse? Alright. Wipers? Yep, gonna need those. Pull out into traffic after checking both ways 6 times. They're coming for me at all angles here. Quick mirror check? Nope, it's not there, try again. How wide is this car? Oh shit, there's a hedge coming at me. Round about, keep the left. GPS is pretty good. Park. Breathe.

With our bags collected from the airport, we headed to Stirling Castle for the 1st stop of the day. 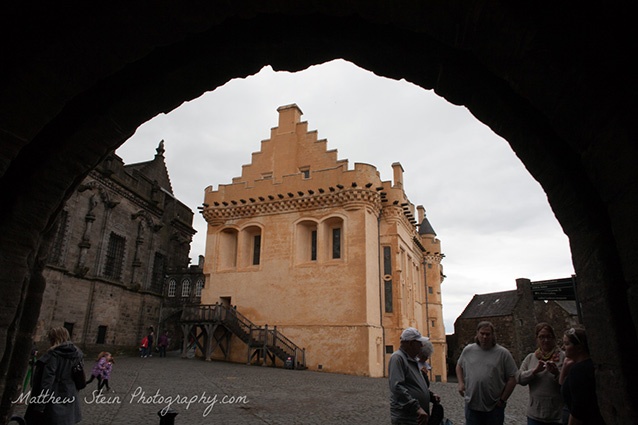 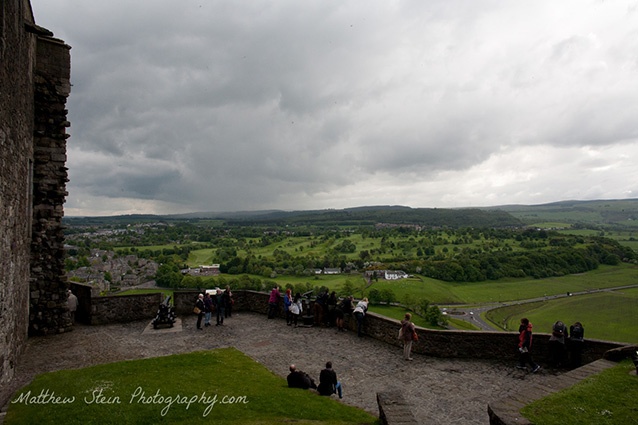 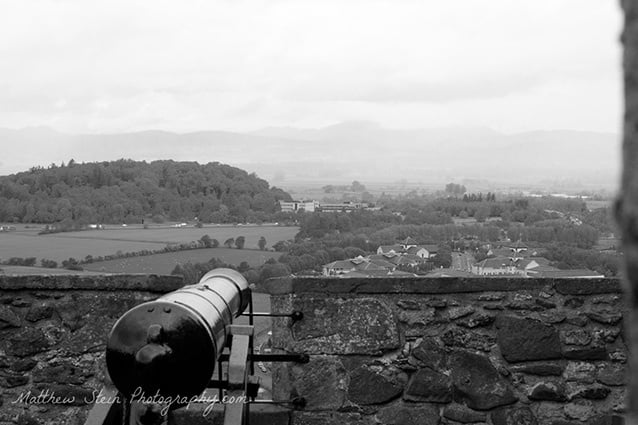 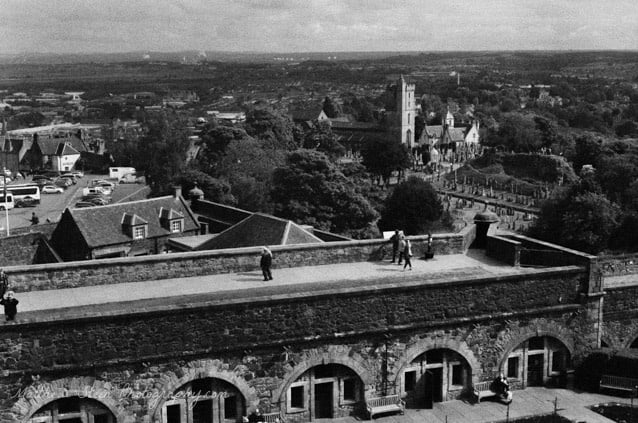 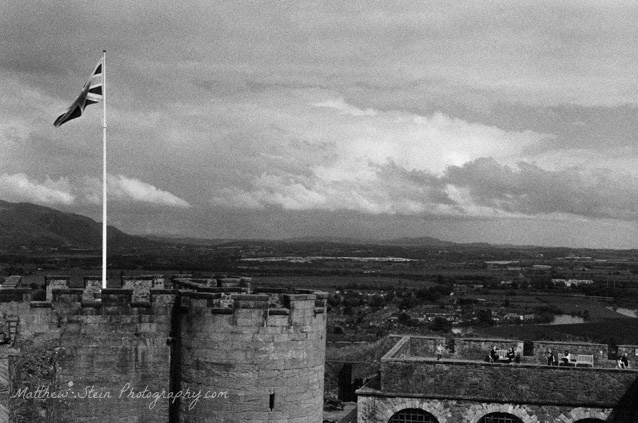 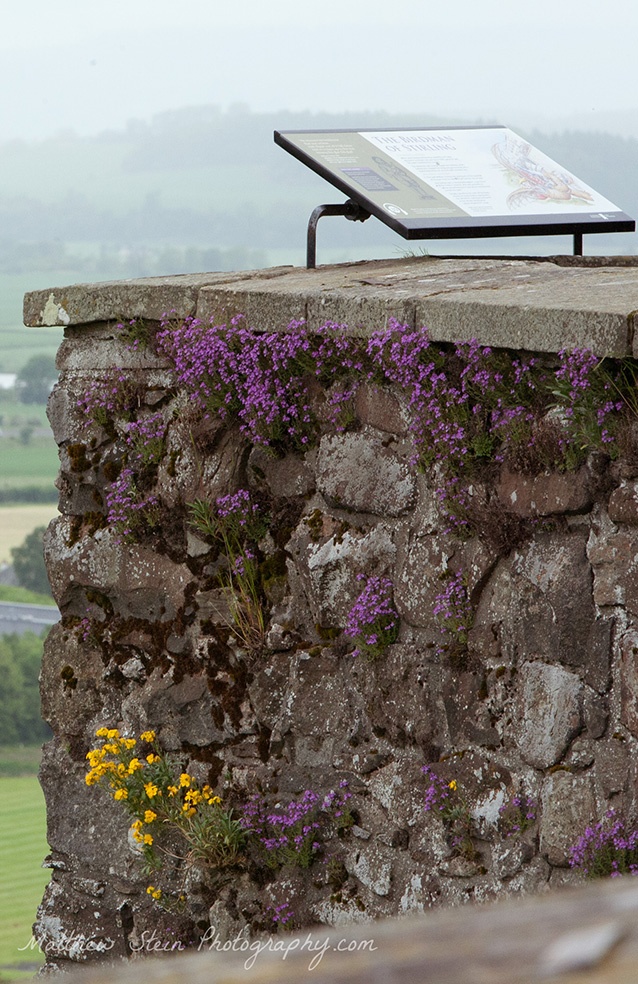 Great history at Stirling. An old medieval town, it had been re-taken many times. Our tour guide walked us through the various periods of construction, demolition by canon, and re-fortification.

The palace portion at the castle contained the most ornate decorations. The King and Queen each had outer and inner chambers, and separate, but connected, bedrooms.

The Queen's side had 6 tapestries depicting the hunt of the unicorn. These had been recreated by hand. Cromwell stole the originals. 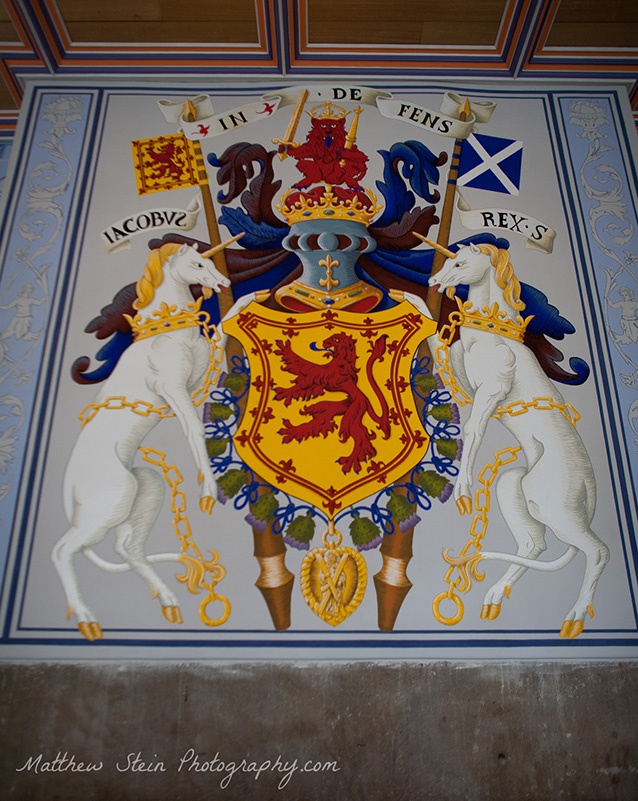 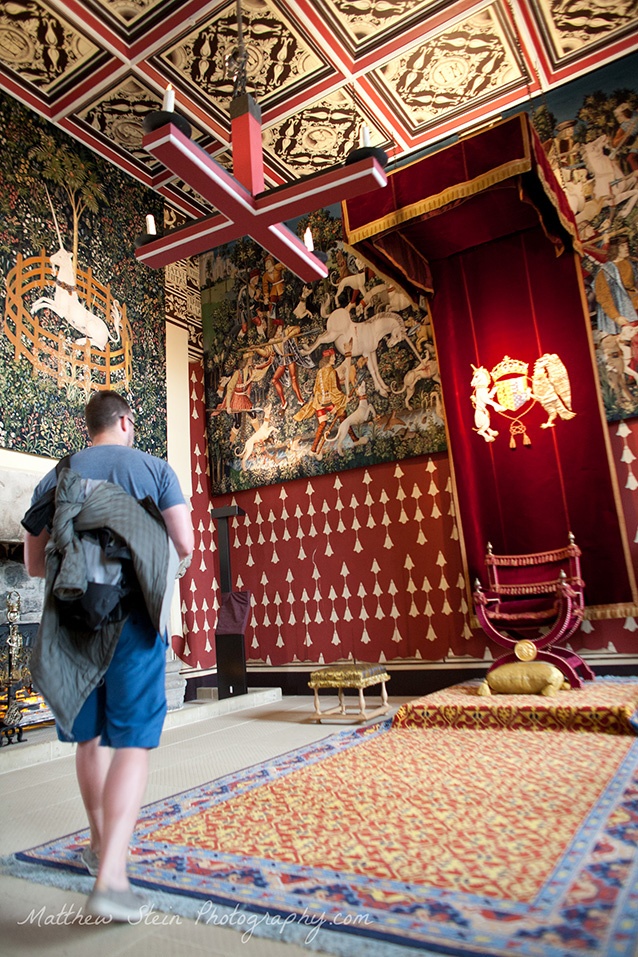 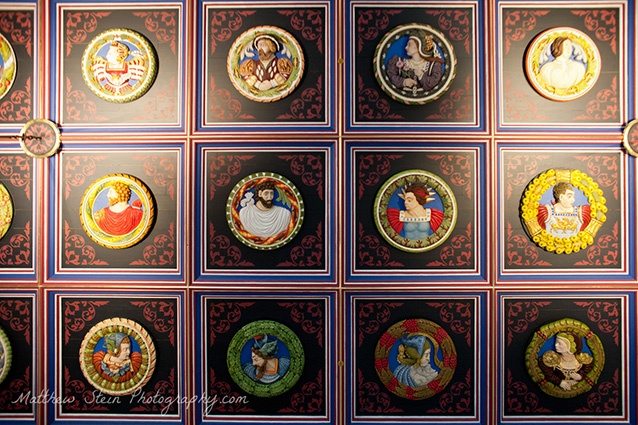 We had lunch, and later tea, at the Unicorn Cafe. After seeing enough of the castle, we headed to the Argyle Lodging. The Earl of Argyle lived there.

We spent so much time at Sterling that we missed distilleries that day.

Leaving Stirling, we headed up towards Braemar. The changeable weather made for few opportunities to stop and take photo's. We drove through the farmland, flat and rather like Nebraska with a few trees. Eventually we started to see home hills. Vegetable farms gave-way to sheep and cattle. Adorable lambs with black faces dotted the countryside.

The rain broke and I found more opportunities to pull over for some pics. My focus on landscape opportunities to my overlooking the signs indicating an impending road closure. A93 was closed just a few miles shy of our destination. 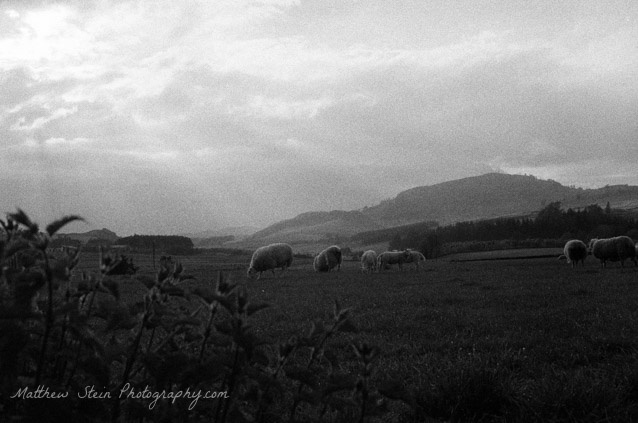 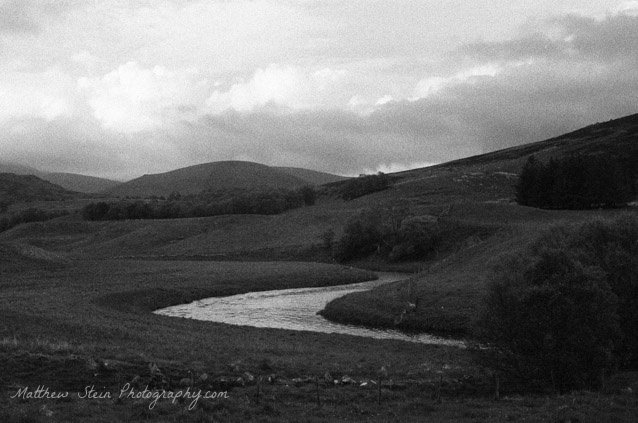 Seeing the "Road Closed" sign made us bring back out the maps again. Yes, paper maps. We hauled a book of them with us. Another driver saw the sign, and kept going. They returned in about 3 minutes. A beat land-rover emerged up a driveway. The local Scotsman asked us if we needed any help. At least, I think that's what he asked. Though barely decipherable, he told us we were better off waiting for 2 hours until the road re-opened. He pointed us to two hotels in Kirkmichael for dinner.

The Strathardle Inn was the one still taking orders for the kitchen. We drank Edradour. Cathy had the 10 year, and I tried an unfiltered version. They only had one order of the lamb remaining. Cathy got that and I ordered the brisket at another diner's recommendation. Both were surprisingly similar despite being from different animals. Fortunately the mint sauce made the lamb more familiar.

I finally got to try Cullen Skink, a fish soup I'd seen on several menus. Turns out, it's a simple chowder made with leeks, potatoes, and the signature smoked haddock. Tasty, but not at all foreign to us after living in New England for nearly a decade now. We split a Benraich to go with the meal, and finished with a glass of Edradour Cream over Ice. Beats Bailey's in my book. They had some shortbread made in house, so naturally that was our dessert.

After dinner, we set out once more to our destination on a farm in Migvie.

We still had an hour and a half drive from the restaurant. Back up A93 we went. Straight into the heart of the Cairngorns National Park.

The sun set before we left the restaurant, but dusk lasted nearly the whole trip. The park teemed with wildlife. It became a joke how many rabbits we could count. Several tried to jump in front of the car. One ran away from us in our direction of travel. That rabbit clearly did not want to survive long. Fortunately for it, my reactions were not dulled by the whisky with dinner, and it lived another day.

3 large herds of deer bounded across the road and up the hill sides or breys. The smallest herd we saw had 10-12 deer.

Passing through the national park, the fog set in. At times, visibility was less than 20 meters. The fog, the deep blue sky and the woods together made us realize why so many magical stories take place in Scotland.

Approaching the end ouf our journey, we began to doubt our directions and the GPS.

I spied several men working on a car in a nearby barn. Since it was beyond 11pm, they were surprised when I walked up asking for directions. I worried they were running a chopshop when I saw how shocked they were. Fortunately I put on my best, friendly American accent and they happily pointed us in the right direction.

5 minutes down the road, the owner's dog greeted us with wagging tails and we settled in for the night.