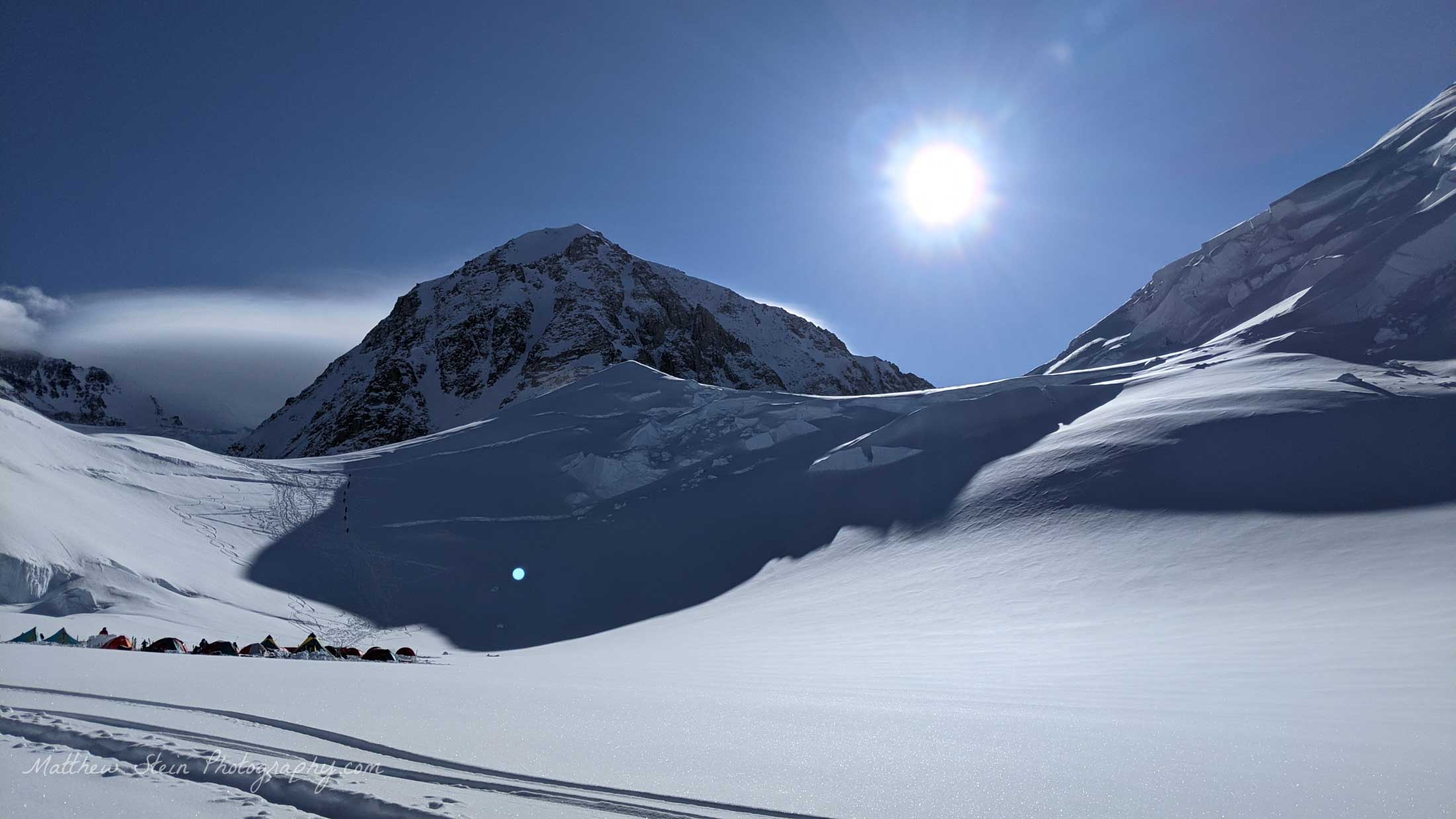 Wind howled, whipping at our tent. My breath iced over on the edge of my sleeping bag. Occasionally it would drop or flake off onto my beard or on my face. I struggled to decide if I should open the tent flap to see if the tent fly was fully closed. Finally I snuck an arm out to take a peak. Yes, the fly was closed, and our boots were covered in spindrift snow. I went back to sleep

We slept in until about 7, late for this trip. 2-sleep Mike came over to give us water for hot drinks and an update. The wind was too strong for us to try to put in a cache today.

The next goal was to push past windy corner and drop the cache there. This wind and cold was too much. We'd hang out in our tents and see how the next few hours went.
Breakfast was granola and milk powder with a crumbled pop tart.

The inside of the tent was iced over, making everything damp. Bitter cold, my watch said it was 27 f inside. Who knows how cold it was with the wind chill outside.

We hung out in tents for most of the day. Reorganizing our food bags, clothes and gear. I read more of The Well of Ascension, and listened to some more music.

By 11:30 we called it a rest day officially. We could see the powerful winds blowing spindrift at the top of the West Buttress face and at Squirrel point.

From 11 camp, we would start up motorcycle hill, turn left to avoid a serac, then turn right to go up squirrel hill up to squirrel point at the top. That wind would be a headwind all the way. From there, we go across the polo field, up another unnamed hill and on to windy corner. Maybe we'll do that tomorrow.

Brad and Sam spent an hour building a snow wall in front of their tent. They dug up chunks of consolidated snow, and roughly piled them up. This isn't a real snow wall, more of a snow mound.

Lunch  was hot vegetable soup. We don't usually get hot lunch, so this was a nice surprise.

Once the sun rises and illuminates our tents everything starts to warm up. It's surprising how warm it can get up there. Most people ask me if I was cold the entire trip, but that's definitely not the case. By mid-afternoon it could be nearly 80 degrees in our tents.

The afternoon was spent mostly reading and relaxing in our tents. They encouraged us to move around and get a little work out in. Getting your heart rate up helps inspire your body to acclimate and build those red blood cells.

I tried to start with a usual warm up, 30 seconds each of jumping jacks, high knees and butt kicks. I was winded before I got to the high knees. The altitude is no joke. 11,000 feet is real. I went a little easier. After my warm up, I did 3 sets of air squats and weighted lunges with a twist then some single leg deadlifts. Group food bags made excellent weights for front squats. Two fuel gallon cans worked for single leg deadlifts. It felt good to get some range of motion back instead of just walking up hill with a heavy pack.

We learned of a new medical term to describe the condition several of our teammates were suffering front. We all were familiar with HAPE, High Altitude Pulmonary Edema, and HACE, High Altitude Cerebral Edema. These are serious medical conditions for mountaineers and require immediate attention. The new condition we learned about from Rhude Dog today was HAFE. High Altitude Flatus Expulsion.

Canada Mike's and California's tent was the epicenter for the most suffering. Keeping people in that tent was a violation of the Geneva convention.

Rhude Dog followed up after the climb with some research about this particular condition and sent me some articles I've attached here. In February 1981, The Western Journal of Medicine published in a letter to the editor written by:


Referencing a study by

Scientists can have a great sense of humor. Here is an example of serious sounding writing, which is basically scientists telling fart jokes. 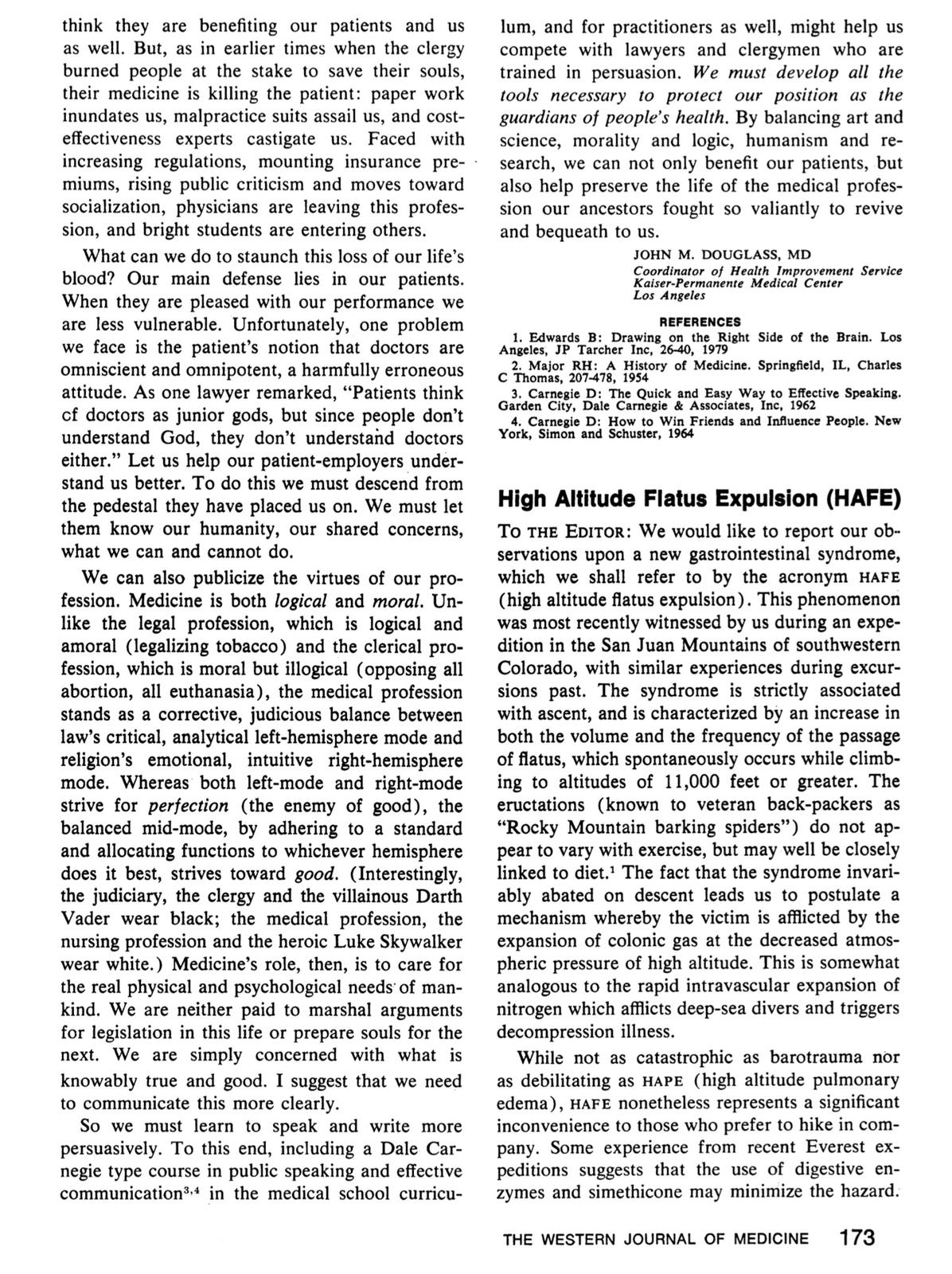 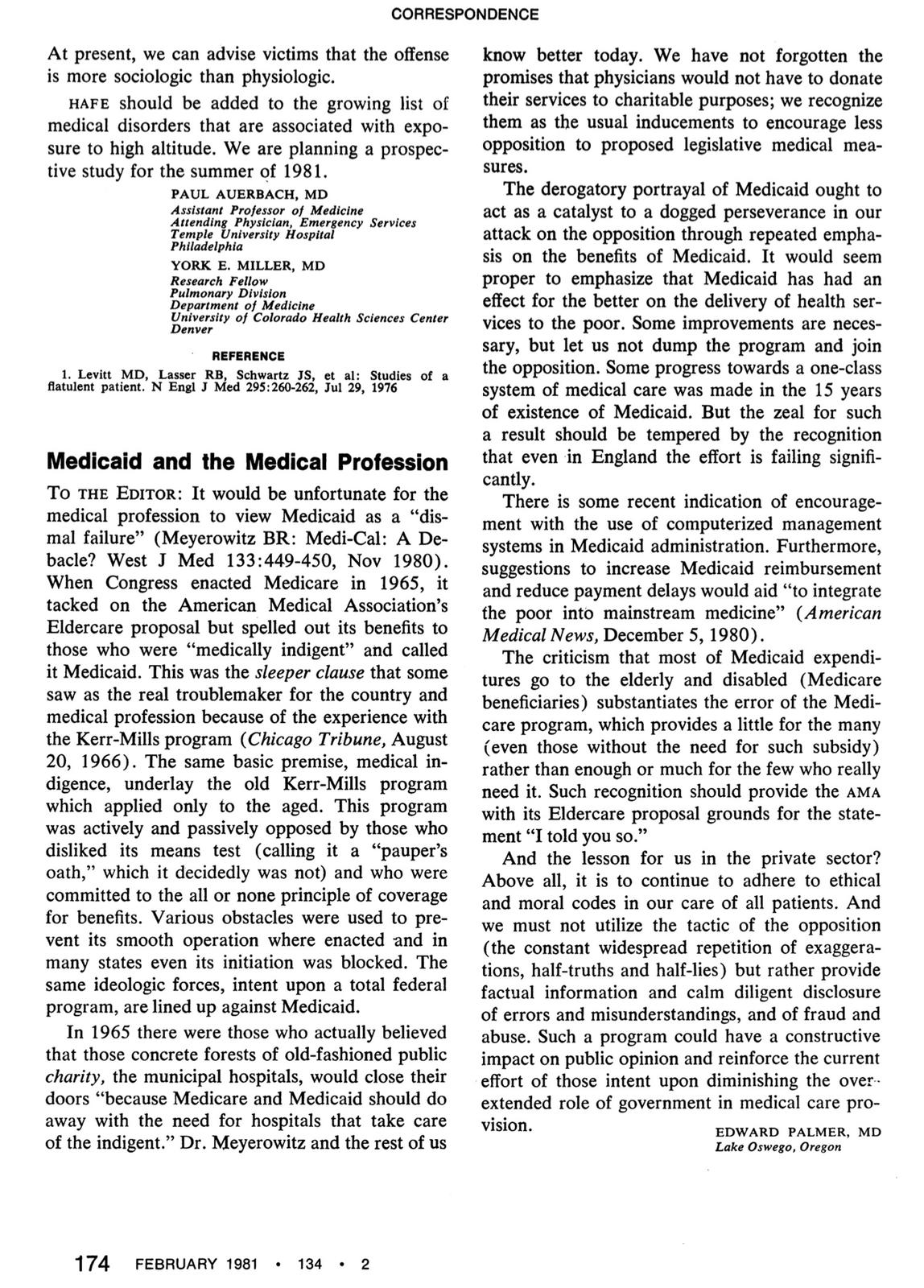 Of course, then came the reply where they take it even further. "Still More HAFE" 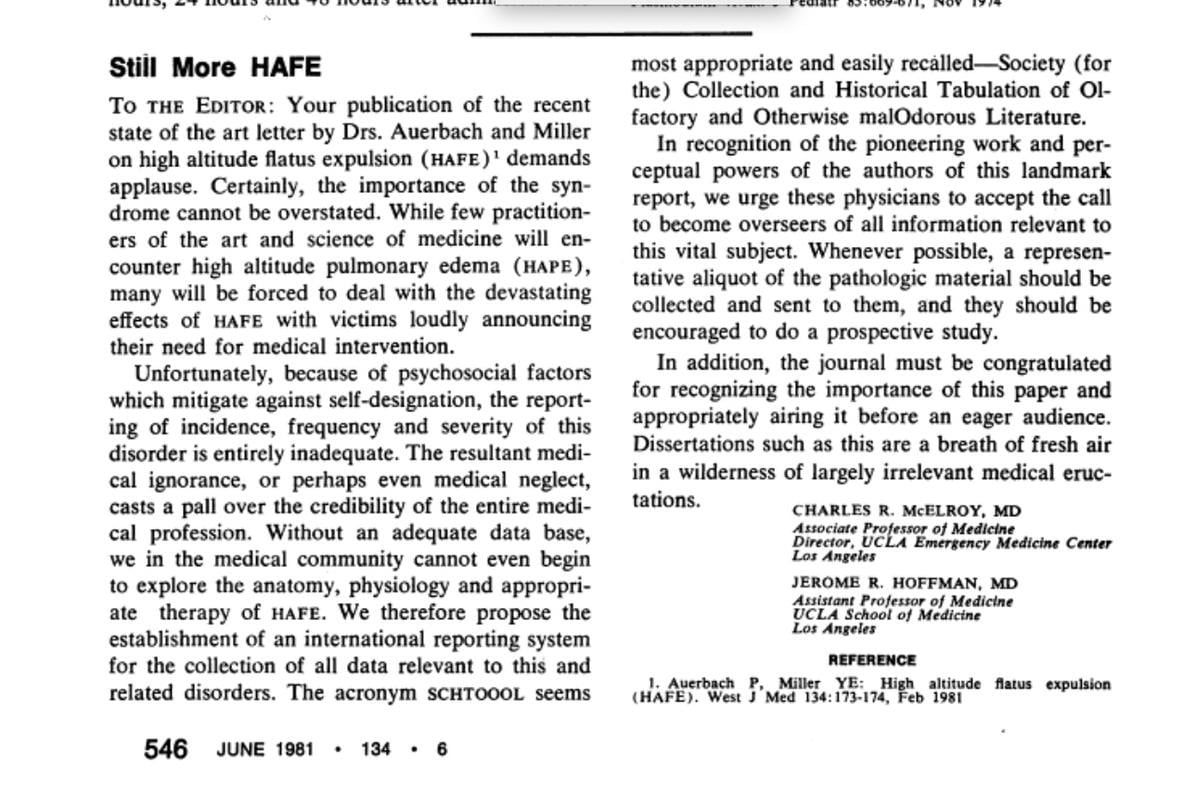 We had a lot of time just sitting around camp. Since we weren't going anywhere that day, we all started talking and getting to know each other more. When a bunch of energetic, high-achieving people wait around doing nothing, they find a way to stay busy. It's mental survival on this mountain.

Sam helped me bury more guy lines for our tent and practiced tying his truckers hitch.

Rhude Dog continued reading North by Shakespeare and was really enjoying it.

Peggy and I talked about rock climbing in north Carolina. She used to guide down there. I've a few spots to look up next time I'm down that way.

Canada Mike and I got bored of being in our tents around 6 pm and chatted about the way the clouds and snow swirled around the cliff faces. He told me that the giant serac south of camp looked about the same 20 years ago when he was up here. It looks like it could collapse any minute. While it wouldn't bury 11 camp, we would certainly get covered in some powder if that cleaved off. The main chunk was 3-4 times as tall as my house, and ran the length of camp.

Dinner was Thai noodles with peanut sauce and peanuts. Delicious with some sriracha. When I went to get seconds, I dropped it on the snow trying to reach for a water bottle. I scooped it up back into my bowl and out the lid back on. I wasn't going to waste it. Them Sam accidentally stepped on my bowl! Fortunately it didn't break, the lid just went in a bit. Screw it. Even cold and mixed with snow I still ate it.

After dinner, I reorganized my food bags again. I only packed hot chocolate mix for one week, so I'll have to start rationing that more carefully. I switched to ginger tea for evening hot drinks.

I opened the Wall Street Journal app on my phone and scrolled through some old headlines. It's a very strange feeling being so isolated from what's happening in the world. This tent started to feel more comfortable in an odd way. If I stay on my sleeping pads I'm fine. If I touch the floor it's freezing cold from the snow beneath. The temperature extremes are real. It can be so hot in our tent I'm sweating or so cold I wonder how I will fare further up the mountain.

I'm nearly finished with The Well of Ascension and I don't want to be. I hope Brad has some good books with him. 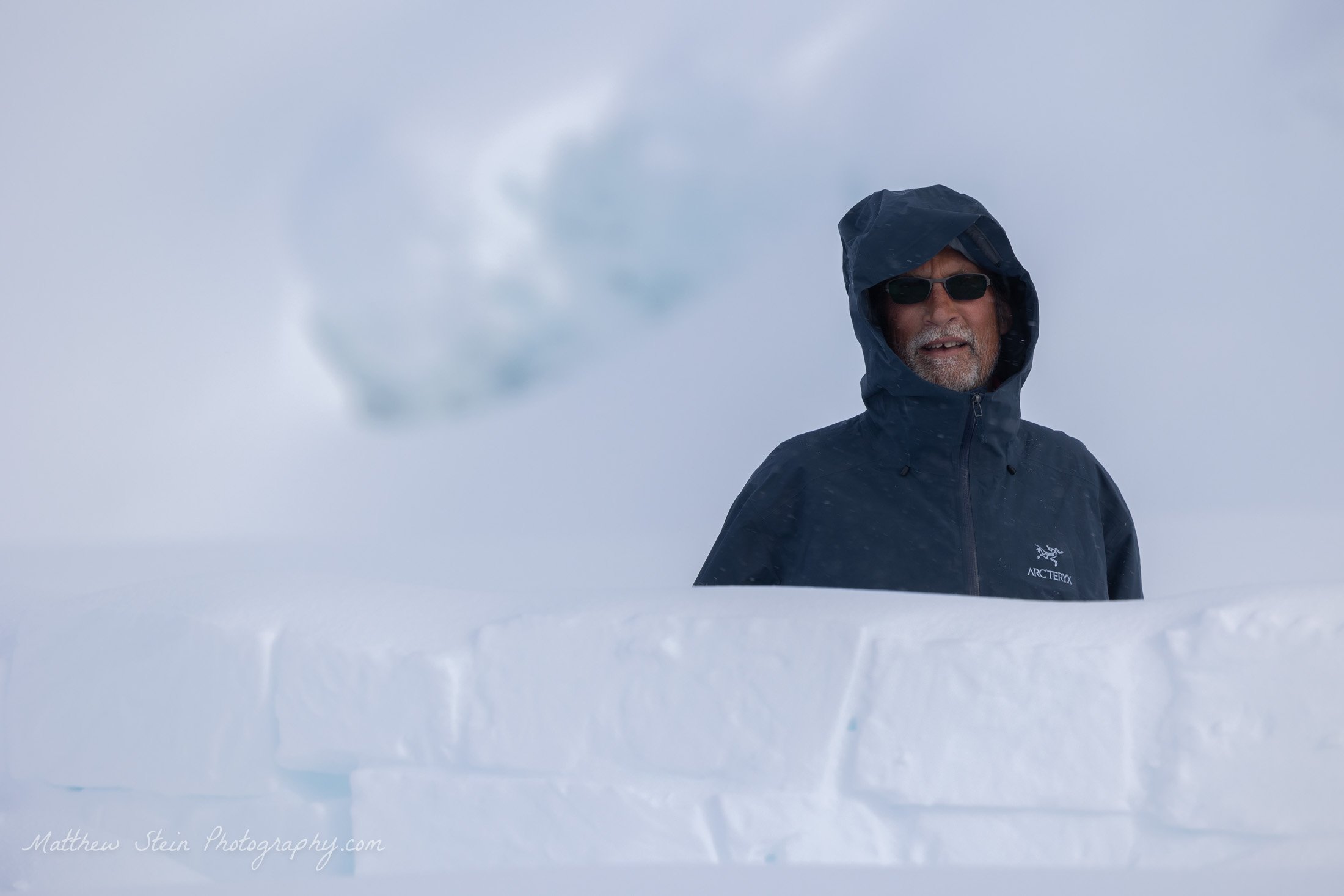 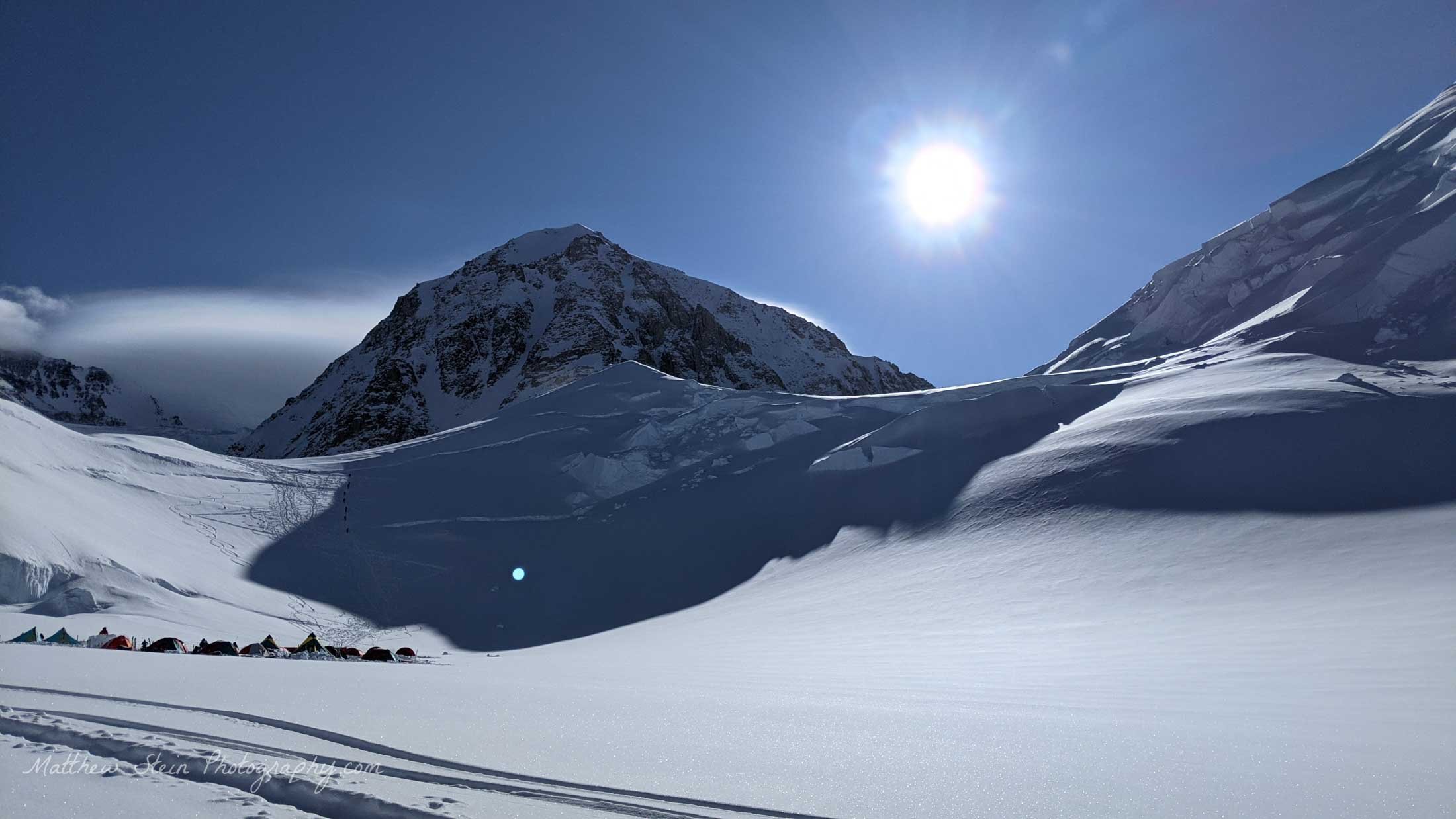 Sun rising over 11 camp. Small tents under motorcycle hill on the left side.